Installation elements: image banks taken in Iran during an urban research trip in 2011-12, series of 6 diagrams Urban Pictural Theme; diagrams City Garden and O de Mesopolis; 2 collages from the series Negarchitetures;  series of articles programmed by RBW in the Vision section of Tales Magazine (2009-11) in relation to Tehran and urban ecology, including an interview with Sara Kamalvand about her projects Tehranto and Hydrocity (which became Mesocity following a discussion with Raphaele Bidault-Waddington and her lab Mesopolis), and “living architecture” by architect and researcher Katie Stutts.

Via a performative and borderless site-specific installation, RBW takes over Atelier Martel’s office space and transforms it into an ephemeral urban lab around the conceptual and utopian model of Mesopolis.

Wrapping the space with wood-fiber felt, the installation resembles a giant mood-board on which to pin and organize elements, such as RBW’s art work (diagrams, image banks, collages), or other documents and files, including Atelier Martel’s materials and models. All this serves for inspiration, discussion and research. Various collaborative research sessions with Atelier Martel’s team as well as discussions with guests and visitors took place during the exhibition to further explore the Mesopolis concept.

Mesopolis was born from a exploratory trip in Tehran and a research project about its ecology, its imaginaries and its future, that never came through. The conceptual model and exhibition are intended to become an aesthetic and thought experiment of what a Mesopolis could be, defined by the artist as an “ecosophical milieu” inspired by Felix Guattari’s book Three Ecologies (1989), where natural, social and mental ecologies entangle.

The flux of images and cognitive materials staged in the installation provide a sense of the material and immaterial ecosystems, while echoing Henry Corbin’s notion of “mundus imaginalis”. This concept epitomizes the Persian vision of the world which perpetuates imaginary dimensions in opposition to the western rational mind. Persian approach to urban planning and landscaping, considered to be the oldest in human history, is deeply rooted in this visible/invisible tension as well as in the combination of nature and architecture. All this will nurture and fuel further research on the Mesopolis utopia. 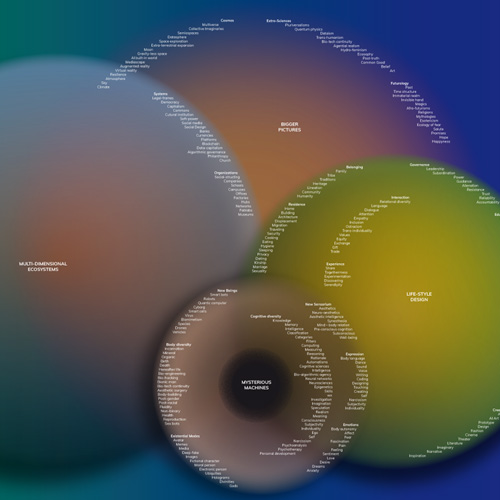 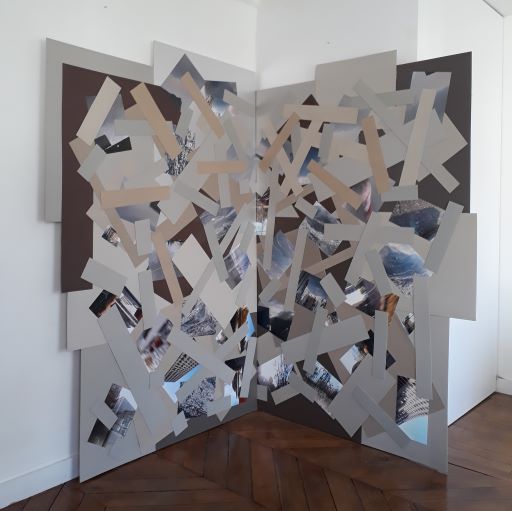 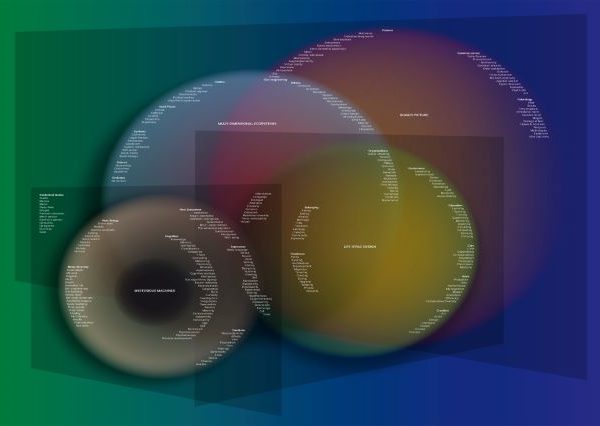